Batasa
Simple tea biscuits that have a long history and a wonderful legendary story.The Dutch had left the shores of the West Port City of Surat, India in the 1700's, where a flourishing bakery was handed over to Faramji Dotivala. This baker continued to produce bread for the local British community left behind. Once the Brits waned in numbers, the bread's popularity diminished, and the wasted bread was soon distributed to the local poor. Having the advantage of being fermented with an ingredient called Toddy, there was little chance of the bread ever catching fungus, prolonging the life of this staple yet making it harder to eat. One thing led to another, and the local doctors suggested that this stale bread be given as a convalescent food to patients as it was easy to digest and filled their stomachs. Dotivala started producing smaller, specially dried bread buns, and 'batasas' were soon produced using the same toddy, flour, and water! They were round balls of dough made to be eaten with a cup of sweet tea. They were hard enough to be dunked into the tea and not fall apart. Years later, the Batasa was changed to a richer version with the addition of butter and/or ghee/clarified butter. With alcohol prohibition taking place, toddy was replaced with yeast or even completely omitted from the recipe. Aside from Surat, Navsari, and Pune, where Batasas compete for recognition, it was and still is a staple sold in Irani Tea Houses in Mumbai and, until recently, Karachi. Sadly, it is all dwindling down in numbers as many of the owners and bakers have moved to other pastures. Let's hope we can soon walk through the doors of the first wonderful Chai House in North America!
today's situation: Made from a few ingredients, some like their batasa crisp while others like them flaky. There is also an amazing cheese batasa now popular among Canadians. The option to add cumin or caraway seeds and toasted slivered almonds still remains the same. Happily, the shape continues to be mainly round like the original buns!
Niloufer's Kitchen has now come up with an exclusive multi-seed batasa that has been tried and tested, bringing this ancient recipe into the 21st century. It is inclusive of the ''supergrains" and is easy enough to include as per instructions below. 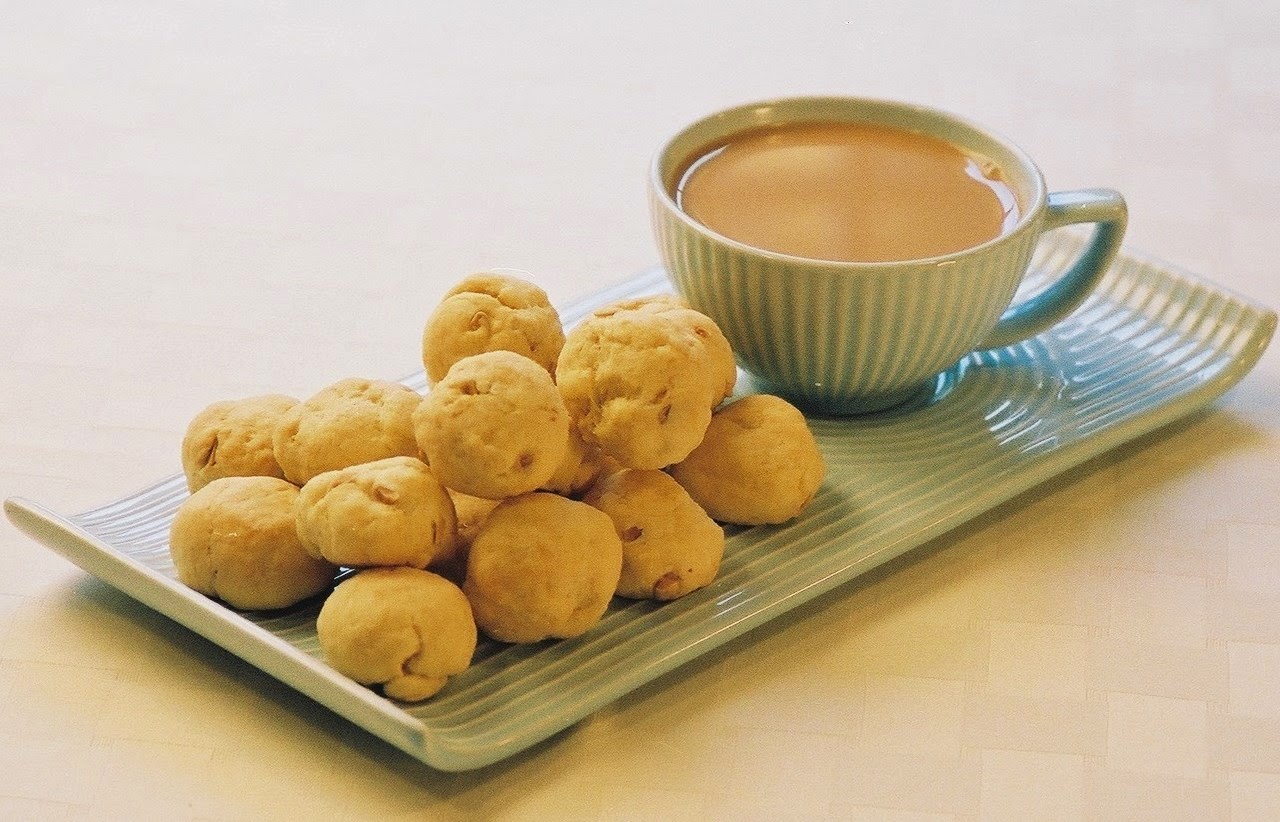 
In a bowl, mix the dry ingredients. Add the softened butter in little pieces. With the tip of your fingers, crumble the mixture till it resembles little beads. You can alternately use two butter knives or place all of it in a food processor using the pulse button. Do not overwork the dough. Roll it out into a long, even sausage on a lightly floured surface.
Cut this into 45-60 pieces. Roll each one very lightly into a ball. Place this on a baking sheet.
Preheat the oven to 165 C | 325 F. Cook for 30 minutes. Lower the temperature to  135 C | 275 F and cook for 30 minutes. Now lower the oven temperature to 105 C | 225 F and cook until it cooks and dries from the inside, which will be another hour plus.
Let it cool and store it in an airtight box.

Tips
If you have a cake beater, use the 'k beater' attachment to mix. If you have a food processor, it will take 5 to 10 minutes to put this together. The dough should be soft to the touch and smooth all over—very similar to the chapati or rotli dough. Overturn, cut into 2 or 4 equal pieces, and work with one at a time. It is more even and quicker. Keep the baking trays ready with greaseproof or parchment paper, or lightly grease the tray with butter. You will need two large cookie sheets to fit all of them.  The trick is to dry the batasas from the inside, and so the heat variation is very important. Batasas should have a light pinky colour and not be white. Try to keep them all even.
Optionally  if you are not making the plain or Multi-Seed variety, you may add either 50 g/ 2 oz toasted slivered peeled almonds1 tsp cardamom powder2 tsp caraway or cumin seeds1/2 cup almond powder or almond flour in place of 1/2 cup flour There are plenty of recipes with a bit of yeast added, which then gives them a definitive aroma, texture, and taste; all of these are a personal preference and neither wrong nor right.

For more Parsi recipes, its history, traditions and stories read more in my cookbooks The World of Parsi Cooking: Food Across Borders and The Art of Parsi Cooking;reviving an ancient cuisine.


This was posted today March 18th 2015. How wonderful to see a piece of history relived. Feeling excited!!

At the famous Dotiwala Bakery in Surat. Cyrus Dotiwala gave us a special access tour of the back of house bakery operations. And a gift hamper to all of the Fellows. Thank you Dotiwala Family for being gracious hosts and welcoming us to your bakery ‪#‎RTR2015‬


Great recipe Niloufer. My batasas are a bit "knobbly" but taste YUM!

Mehereen Bhaijiwala I love so many things from your blog and book. My favorite are of course the Batasas followed closely by the prawn biryani and then the ribbon rice. Yum!!!! I could go on and on so many recipes,so little space.. 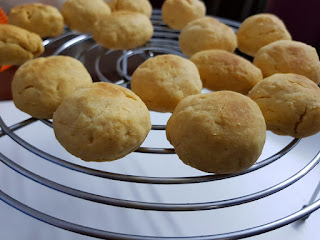 Posted by Niloufer's Kitchen at 05:07