Ginger Chicken
Another Colonial recipe that has become generic Indian cuisine can be found on most menus in Indian restaurants around the world; however, no two are ever identical! It can look rather greasy and sometimes floats in a tomato gravy, which is both unappetising. I have tried to keep it healthy; no oil floating and the gravy nice and thick without compromising the flavour. 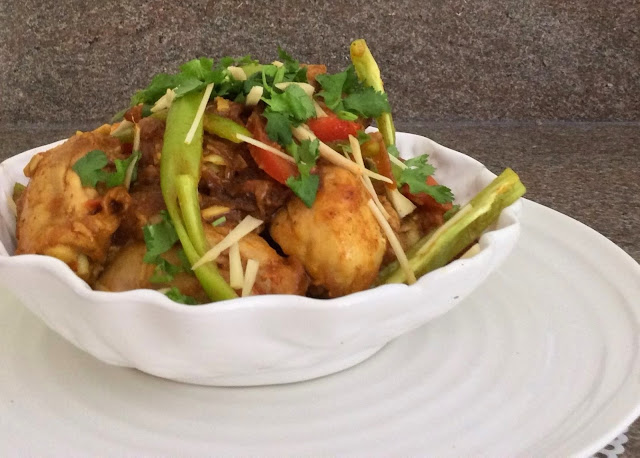 In a pan, heat the oil. Add the washed, patted-dry chicken and allow it to brown on both sides. This will take about 10 minutes. Add 1/2 cup of water. Mix well.
Now add all the spices. Sprinkle them all over the chicken. Leave the slivered ginger, tomatoes, green pepper, and coriander for the very end, so they are on top of the chicken. Cover the pan, lower the heat, and cook for 30 minutes. Cover and continue to cook for 10 minutes after adding the tomatoes, green pepper, ginger, and coriander leaves. Check that the chicken has cooked through and serve with warm chappatis-rotlis. 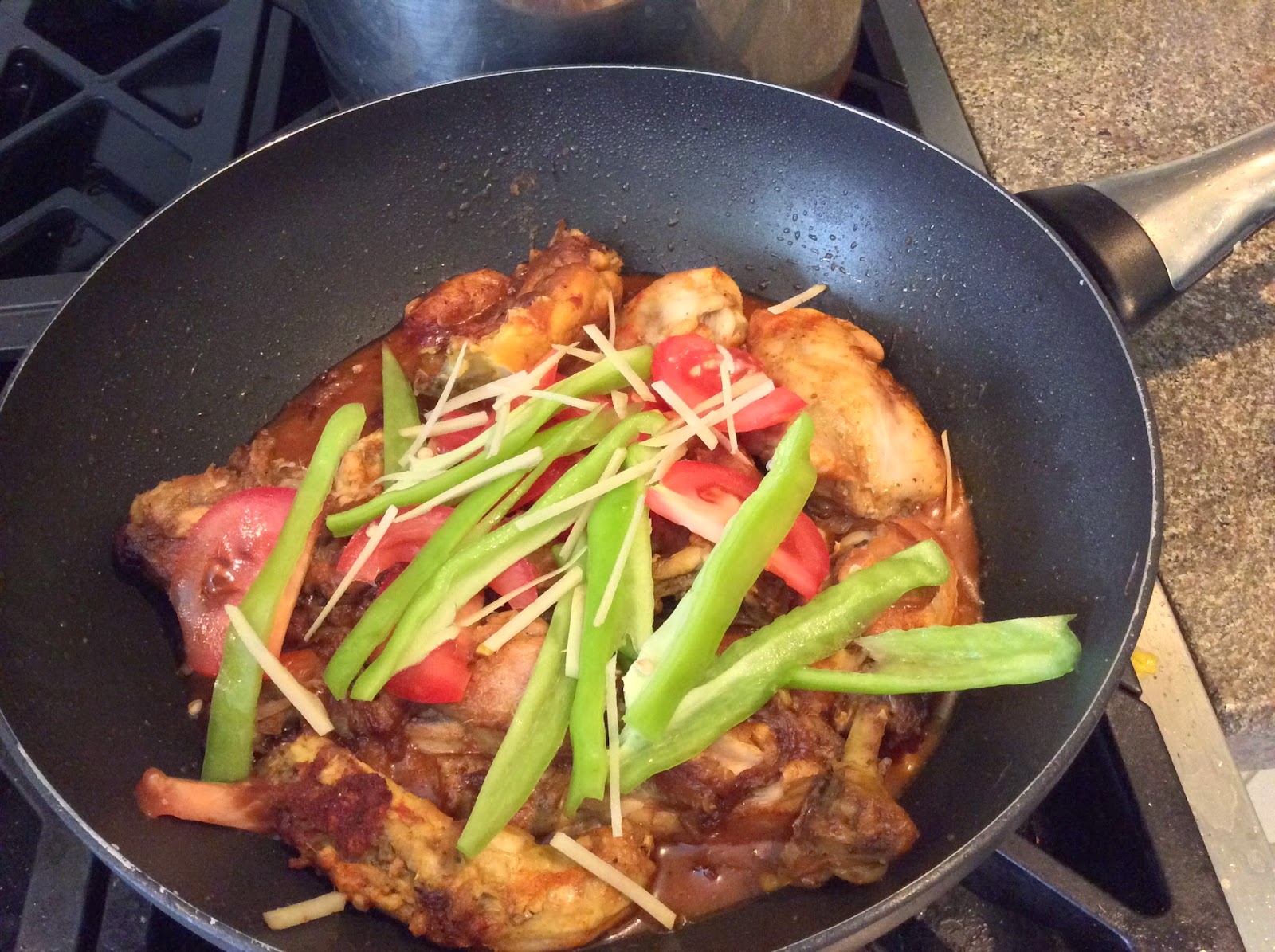 Posted by Niloufer's Kitchen at 07:41